I can teach you Snowflake analytics!  Today we are going to learn about Cume_Dist.

The next example is similar, but it uses a QUALIFY statement.  The QUALIFY statement is to ordered analytics what the HAVING statement is to aggregation.  QUALIFY and HAVING are different than a WHERE clause filter.  A WHERE clause filters a row out before any calculations take place.  QUALIFY waits until the row calculations take place, and then it acts as a further filter on the totals.  As an example, if you have a WHERE clause and a QUALIFY, like an example below, the WHERE only calculates rows that have a Product_ID = 4000 AND Daily_Sales < 7.  Once the calculations happen, the QUALIFY further eliminates rows whose calculations do not meet the criteria.

The next example merely shows more rows to give you a better idea of the calculations.  I want you to realize that if the last value of Daily_Sales were a billion, it would not matter that its total was so far greater than the others.  The Cume_Dist calculation would merely ask when the ORDER BY is in ASC mode, “How many rows have a Daily_Sales value less than or equal to you?”  The Cume_Dist will then divide that number by the total number of rows in the window.

It is the opposite when the ORDER BY is in DESC mode.  The Cume_Dist calculation will ask, “How many rows have a Daily_Sales value greater than or equal to you?”  The Cume_Dist will then divide that number by the total number of rows in the window.

The next example shows you how Cume_Dist calculates when there are equal values among the rows.  We have multiple Daily_Sales values that are equal (tie).  Notice that our ORDER BY is in DESC mode.  Once again, the Cume_Dist merely asks, “How many rows are greater than or equal to your Daily_Sales?”  It will then divide that number by the total number of rows. 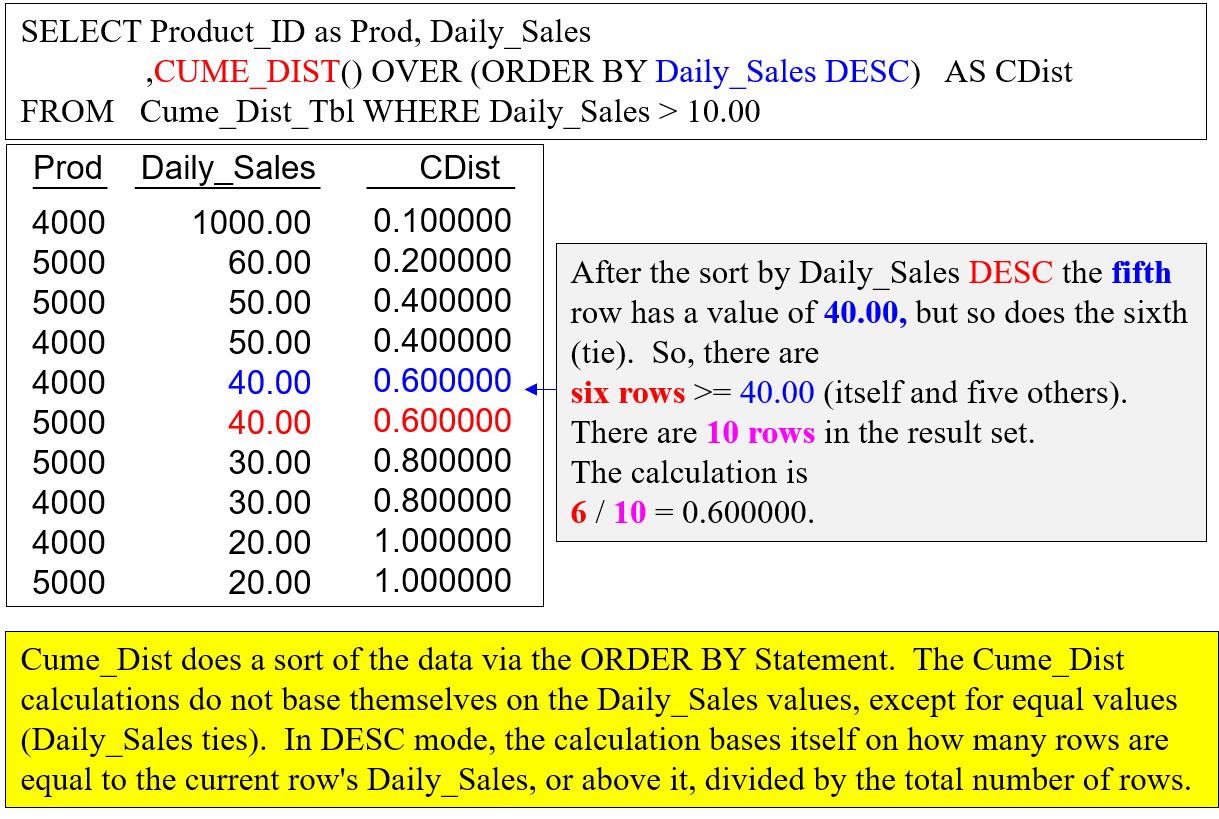 What is interesting here is how the data sorts.  Let me run you through this in slow motion.

The first Cume_Dist calculation does not have PARTITION BY, and it orders the data by Daily_Sales DESC.  Then, the calculation takes place for only the column with the alias CDist.

However, the final report is in the order of the last Cume_Dist calculation.  Therefore, the column CDist looks like it is out of sort, but the Daily_Sales that are equal (tied), have the same Cume_Dist.

One of the great features of Cume_Dist is how easy it is to chart.  You should be able to point-and-click and graph/chart every answer set. How would you like to use a tool that does this and automatically places charts in a dashboard? 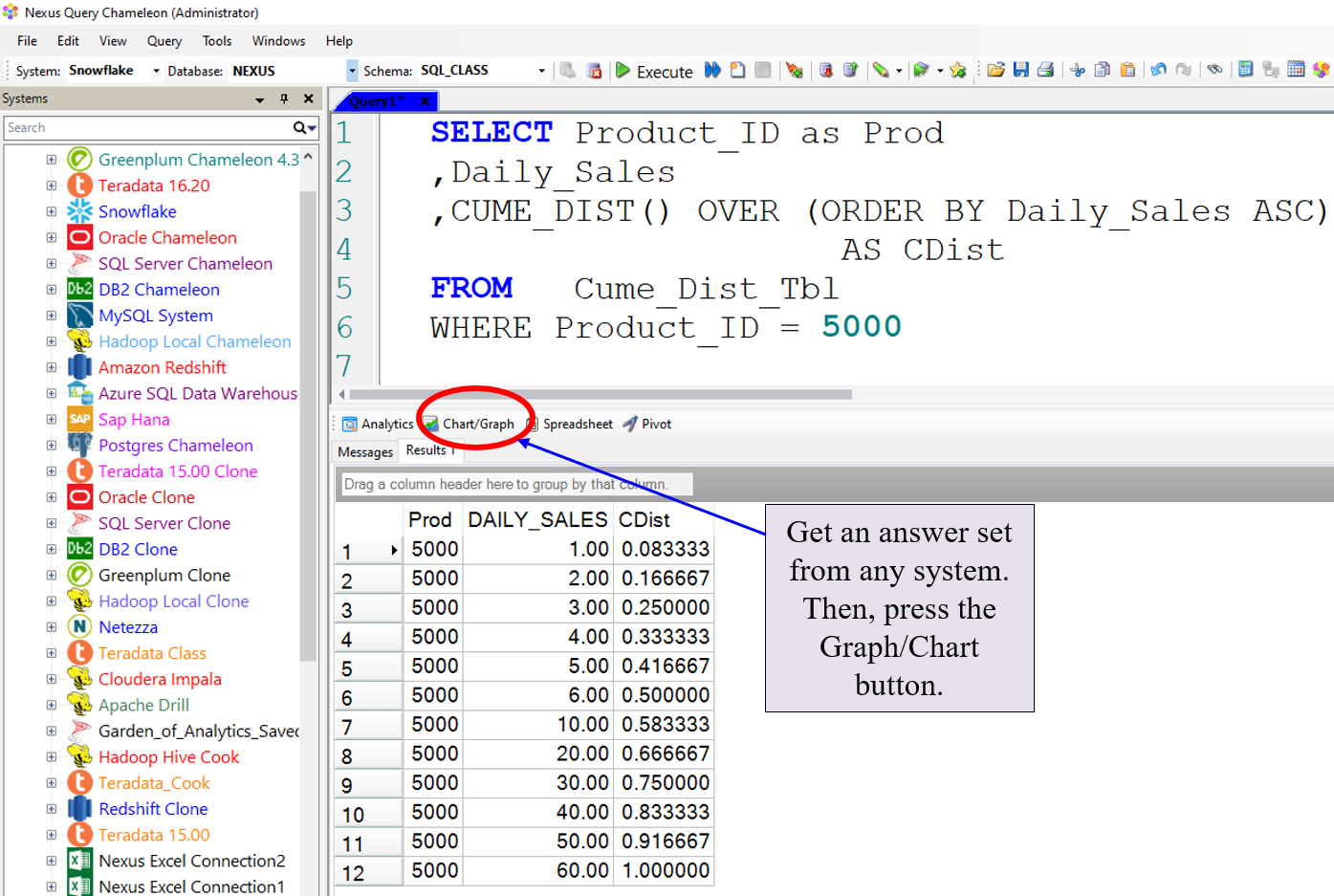 Once you hit the Graph/Chart button, the answer set is ready to become a graph or chart.  Now, use the Nexus Garden of Analytics by clicking on the template arrows to choose your columns for the Y-Axis, X-Axis, Sort By, and Partition By areas.  Then, choose your chart options and your visual type.  Hit CREATE and your chart instantly appears.

I hope you enjoyed today’s Snowflake analytic lesson.  See you next week.

Tom Coffing, better known as Tera-Tom, is the founder of Coffing Data Warehousing where he has been CEO for the past 25 years. Tom has written over 75 books on all aspects of Teradata, Netezza, Yellowbrick, Snowflake, Redshift, Aurora, Vertica, SQL Server, and Greenplum.  Tom has taught over 1,000 classes worldwide, and he is the designer of the Nexus Product Line.